Can a door be Fascist? This is one of many questions considered by artists Kevin van Braak and Rossella Biscotti. Through photography, documentary film, and the analysis of architectural fragments they explore how the architecture of Fascism is being transformed in Italy. In the process, they invite consideration of whether architecture has intrinsic philosophical meaning – and whether that meaning is fixed or fluid.
As to the aforementioned door, Van Braak and Biscotti salvaged it from the Palazzo degli Uffici in the Fascist-designed EUR neighborhood of Rome. The door and two accompanying side panels are of glass and wood covered with a thin layer of linoleum. The artists reassembled the pieces and sanded away layers of paint and the whole stands now as a section of an interior corridor wall, ready for its next coat of paint. Looking at it, one can’t help but think that this is merely a door, a simple construction of aged wood and glass. It can hardly contain either the secrets to the regime or the power of its ideology. Or can it?
The door restoration asks: how does architecture mean? The physical remains of this door may not contain an overt ideology, but the design was almost certainly intended to communicate one. Design is the link between the architect’s intentions and the viewer’s reading of a work, and in the Palazzo degli Uffici we find an architecture that is grandiose, unornamented, and modern. These characteristics were intended to link the regime to the Roman Empire, while at the same time displaying its revolutionary nature.
Biscotti and Van Braak’s explorations repeatedly pry open the fractured space between intention and reception. Their documentary film, for example, shows the slow process of cleaning the swimming pool in Mussolini’s forum in Rome. A tiny man moves about, scrubbing and patching within the vast empty space of the pool. Behind him, murals of heroic, gigantic athletes cover the walls. The contrast in movement and scale between the worker and the frozen athletes highlights how in the occupation of these spaces there might be an opportunity to redefine the architecture of Fascism.
In another instance, the artists show how one of the greatest works of Fascist architecture has already been recast. In a photograph of the interior of the Fencing Academy in Mussolini’s forum, we can still see the elegant lines of the original design. But we also see that in the 1970s the building was shoddily remodeled as a courthouse. The floor has chartreuse carpet, the furniture is cheap, and cables, electric cords, and video cameras are visible everywhere. The image forces a confrontation between the building’s initial grand promise and its subsequent inglorious history and use.
Beyond a re-examination of Fascist architecture, the exhibition reminds us of the power that cultural productions retain in the political realm. Most of us understand politics not only through legislation or policy proposals but also through the more subtle messages communicated by culture. It might be through the culture of celebrity – the Kennedy dynasty or even Alessandra Mussolini – or it might be through architecture and design. It is culture, in fact, that provides the tangible connections among people, their nations, and their governments. And the architecture of Fascism is often breathtakingly beautiful. This is why it was successful when it was new and why it is still a bit chilling now.
Yet in attempting to capture this moment when Fascist architecture is cleaned, restored, remodeled and otherwise changed, Van Braak and Biscotti are reminding us that we too have a role in ascribing meaning to buildings, and that in fact, meaning can evolve and change. Take, for example, the Lincoln Memorial in Washington D.C. which was originally intended to commemorate Lincoln’s role as savior of the Union. This idea was communicated through the site’s location across the Potomac from the home of Robert E. Lee and through inscriptions and ornament all of which commemorated the preservation of the Union, rather than the abolition of slavery. However, events such as the 1939 concert by the African-American Marian Anderson and Dr. Martin Luther King’s “I have a dream” speech have slowly transformed the meaning of the monument. Today the Lincoln Memorial stands, in the collective consciousness of the nation, as a symbol of equality: in essence, as a civil rights monument.
While the architecture of Fascism may never be entirely liberated from the politics of its creation, it is also true that designers never have the last word on what their buildings mean; society does. Now, as the architecture of Fascism is being remodeled, repainted, and reused, its meaning can be redefined by new and unforeseen voices. In this vein, Van Braak and Biscotti’s work asks us all: What will the architecture of Fascism mean next?
text by Stephanie Pilat 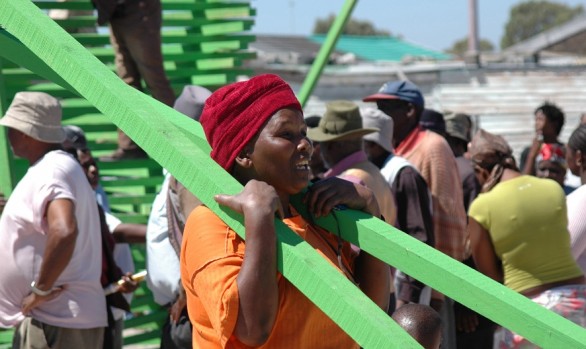 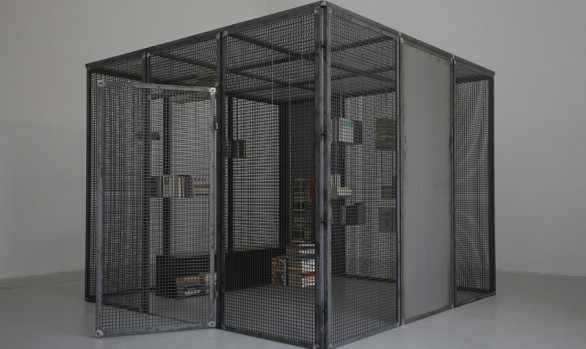 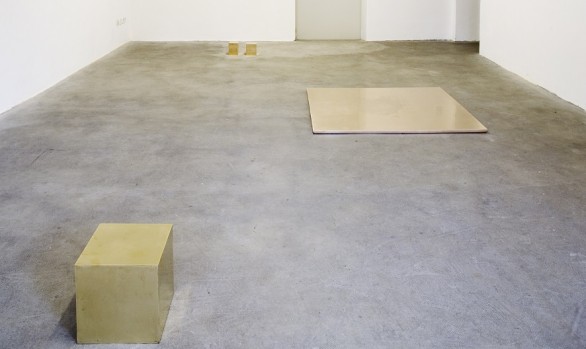 After four rotation of A, B will make one revolution